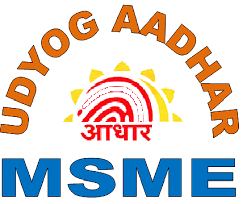 Two million years ago, three different human-like species were living side-by-side in South Africa, a study shows. The new evidence comes from efforts to date bones uncovered at a cave complex near Johannesburg. The research has been published in the journal Science. The new work also revealed the earliest known example of Homo erectus, a species thought to be a direct ancestor of modern humans (Homo sapiens).The three groups of hominins (human-like creatures) belonged to Australopithecus (the group made famous by the "Lucy" fossil from Ethiopia), Paranthropus and Homo - better known as humans.

Andy Herries, from LaTrobe University in Melbourne, Australia, and colleagues’ evaluated remains found at the Drimolen Cave Complex using three different scientific dating techniques: electron spin resonance, palaeomagnetism and uranium-lead dating. Researchers uncovered two new skullcaps. One of these belonged to the relatively primitive species Paranthropus robustus. The other was more modern in appearance and was identified as

Homo erectus. They named the H. erectus skullcap DNH 13. Homo erectus is the only specimen known from South Africa. The discovery implies that at least three different Homo species co-existed at this time in Africa. Now it looks as if the primitive species Homo naledi survived in southern Africa, H. heidelbergensis was in south-central Africa, and early forms of our species existed in regions like Morocco and Ethiopia. In yet another important human evolution study researchers analysed ancient proteins from 1.9-million-year-old Homo erectus fossils found at Dmanisi in Georgia and from a species known as Homo antecessor, which is thought to have been present in Spain from 1.2 million years ago to 800,000 years ago.

Let us know your query